In the course of being unwell I have had to come to terms with not living with the children. They are both at incredibly delicate, formative ages as they approach adolescence. I have helped to put them through quite a lot of trauma. It is me – or certainly my bipolar- which has been to blame for the family breakdown and my absence. When I should have been attentive and supportive, I have been out to lunch, delving into my own thoughts and on my own private journey. What about now?

I recently tried to put a teeny thing right. I got on the email contacts to the two schools which the children attend. I am now sent all sort of daily correspondence about reports, excursions, policies and mainly assessments processes. Mostly, they pass over my head. Today I opened one and it fell like a dagger into my insides. It was the latest details of the school meal rota. There was the roast on the Wednesday, the fish on the Friday and the rotation of meats over the three weeks. It was joyfully and painfully familiar. That is the nature of domestic life. That which I have lost/given up/ left behind. I hear the voice of another – “your choice, your condition, Husband.” 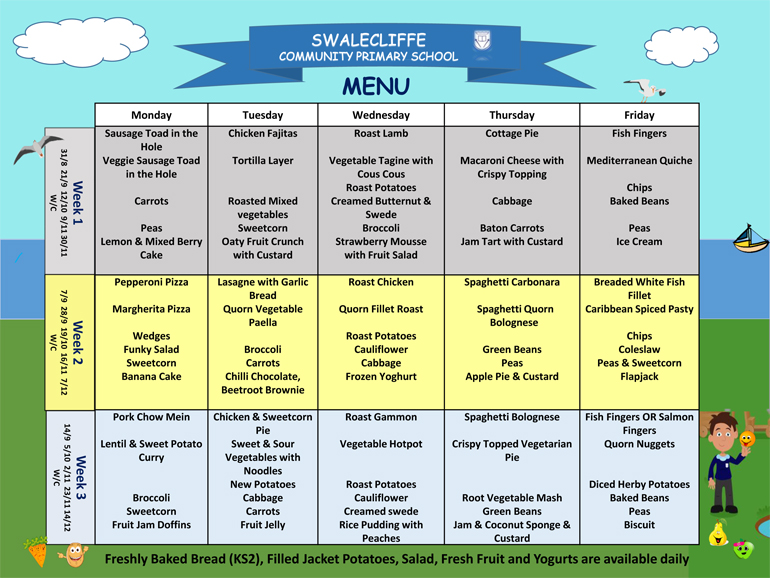 For a moment I was reminded of the fun times as I would collect the children or drop them off. Simple pleasures which I am no longer part of. Time and circumstances have taken them away. I would ask them which was their choice in the morning and what lunch had they secured in the afternoon. What had gone right? What had been tasty? What had been frustrating? What had been a surprise? The rota was part of the decor in the kitchen – it had been hung by a magnet on the fridge for all to consider. It was part of that breakfast routine. Another thing lost – that drama of early morning as I would get the children ready and juggle my own dressing with their own feeding routine. Lost, partly by the passing of time, and partly by me leaving. It chafes. More than chafes.

When we first parted, I must have been out to lunch since I was giving up everything that I had worked for. It seems time to lament a moment of the family life I have lost. I am no longer part of that loop which has birthday parties altogether. Or trips out in the car to the coast, to see seals swim or bask on the riverbank. Or off to see the boy be a mascot for his football team. Or simply cycling as a family pod in the neighbourhood or snuggling up for television time or cinema visits. By being out to lunch I have lost all these and broken them for the remainder. The replacements are fine but not the same – there is stress at Christmas, at gatherings, at meetings and at partings. I have made that come to pass. I am to blame. Me and my bipolar.

So what next? I have recently shared coffee with an artist friend who introduced me to an idea that has chimed as loud as the lunch rota on the fridge. It questioned the primary place that we give to ‘Knowing’ stuff. It suggested that exploring and learning and developing and ignorance may be more beneficial than actualising something finished and fully ‘known’. Perhaps good art comes from this place – where you explore and develop and tentatively dig around in yourself. That rang a loud bell with me and my writing. Any blogger- or columnist- must feel that pull to try out things on the hoof, to see where the writing goes and where the words lead. I had my title and my idea today but I have allowed the words to come quite automatically –not knowing the end result but providing freedom for thoughts to form.

I think this extends to bipolar in general. It is a condition that pushes beyond boundaries and restrictions, it explores and nudges and tantalises when it is least wanted. It probes areas which are not to be probed and it does not know the consequences. It does not take stock of what will be lost until it is too late. A person on a bipolar bender does not know anything about the destination, they are just on their journey. It is both desperately damaging to those who want normality and convention but exhilarating and creative too. When I have been at my most ‘out to lunch’ I have also been my most active, animated, interesting and engaged with the world.

But I had also torn up that menu by the fridge.

And that still hurts.