You introduced me to the role. I was twelve or maybe just thirteen. About to embark on that winding journey from boyhood to man. What I needed was a bit of independence. The chance to break free from home and earn some money. I might have even got to the point of spending it on a girl.

You were both top drawer parents. I had little point of comparison, of course, but I liked what I saw. You offered security and consistency – a nice home to run to and a garden to play in. We were never short of food or playthings or days out or lovely days in. I could suggest some points of improvement, but who couldn’t ? There was a reluctance to visit theme parks, being slightly uncomfortable in restaurants and placing family over friends.

This was just cutting hairs. The biggest problem was the paradox of providing such a comforting base. It made it hard to leave.

Which leads back to the role – the first job of my life. That of proud paper boy. My father had found it at a shop in the town and I eagerly stepped up. It was not the job I had been looking for, I very quickly learned. There was a list of issues which eroded my enthusiasm. The first was the distance I had to travel on my bicycle. From my suburban retreat into the town was thirty minutes. But at four thirty, it was forty five minutes through the wind off the sea and the biting cold and dark. 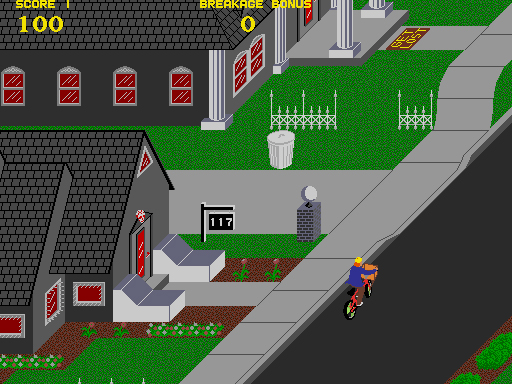 I was shown the route by a pal. It was deadly, taking in mansions at the end of long cul-de-sacs and trips into two holiday camps where the light refused to shine and I had to operate by touch or instinct alone. My instincts screamed at me to throw in the Daily Mails. But I persisted. The weather turned from cold to stormy, the sack got bigger as we reached the weekend and I started to find my way through the grassy paths and unmade roads.

That was going back across the years. I don’t deliver papers anymore. Not until the virus crisis hit.

Strangely, events came about which made me a paper boy once again.

I would like to tell a tale of giving things back to society. As key workers did their bit perhaps I offered my services to deliver papers for nothing ? Deliver them to the frail and vulnerable ? Was I a quiet champion, bringing the news to those who couldn’t fetch it themselves ?

Running alongside the national crisis, my family had been grappling with a monumental crisis of their own. I was that crisis. Me and my bipolar. My parents could tolerate the hospital visits, the broken marriage and the forsaken jobs but they feared that I had gone. The son they had raised had left and frightened away his children. Every day I had to work to prove it wasn’t so. Sometimes I said I wasn’t broken when I knew that I was.

Something told me that things had shifted. I’ve been wrong before. Through all the chaos you’ve held onto me and covered me up when I was cold. It’s how I am going to parent my son if he carries this burden. It’s a love that doesn’t recognise night or day or good or bad. It doesn’t move like the tide or fade like the moon. You can’t crush air. You can’t crush this.

And I was thankful. But words are just shapes on the page or mutterings without permanence. Instead, the crisis helped me express things. My parents were isolating together. They had food delivered weekly and phone calls regularly. They had no need for me except for an occasional chat. And yet, a need soon arose. They needed a daily paper. And I was to be the paper boy.
That role, which so pained me from yesteryear. I undertook it and drove to see my parents with a copy of their paper every few days. They were thrilled and hungrily devoured the crossword, sports pages and pull outs.

Of course, they didn’t just get a paper. They got physical confirmation that their son was alright. The fight went on but for now he seemed level and OK with the world. That was worth more than a few pounds. Considering the tumultuous past, this was priceless.

The teenage paper boy job was soon abandoned after a beast chased me down amongst the holiday chalets. This more recent role gave me more than a chance to help out. It gave me the chance to say thank you. Not in words, that would be soft. I gave you the paper – the images from home and overseas, challenges of politics and race, creative columns and outspoken has-beens, countries near and far and history past and present. I gave all the world to you in the shape of this paper.

Because when I lost it all. You gave me everything I needed.

That deserves a thank you.

Eyes on the Horizon